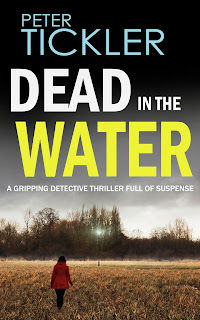 From paintballing to Portobello Film Festival

I'm excited that my first film, Wrong Number, will be shown at the Portobello Film Festival in London on Tuesday 15 September.  This is the comedy evening and Wrong Number will be one of a number of short films being shown for free. What could be better? (http://www.portobellofilmfestival.com/2015/sept15pop.html)

The main character is Jack, a man who can't wait to slob out when his wife and daughter visit the grandparents. But when he rings for a take-away, he finds himself on a very unexpected hot-line. The film stars Jane Wymark (Midsomer Murders) and brother Tristram and was shot on location in Abingdon, Oxfordshire.

I am primarily a writer of crime novels, so tackling a film script is an intriguing challenge. The last thing you do, I was told in no uncertain terms by an experienced screen writer, is write the dialogue. Actually, I broke this rule spectacularly because I initially wrote Wrong Number as a sketch some 15 years ago at a son's paint-balling party. It was a choice of chilling with a coffee and notepad or joining in the mayhem and getting splatted by him and his mates!

Also, while I am coming clean, I should say that although Wrong Number is my directorial debut, I scripted a short horror which was filmed entirely in China (Shenzhen). A Place for Everything was released to coincide with Halloween and it received a lot of hits and positive feedback (https://vimeo.com/110480017). As a piece of writing, A Place for Everything was a very different challenge. It was written to be filmed in an apartment in Shenzhen and with a minimum of dialogue because it was being shot in a single night by my son Hugo Tickler with only one other crew member. The target market was China, but you really don't have to be able to understand Mandarin to enjoy the film. See what you think!

September is going to be a very good month for me because I also have a new crime novel coming out that month. More details shortly!